China, Japan and South Korea, who can occupy the high ground of UVC LED?

According to the latest "2019 Deep UV LED Application Market Report - Sterilization, Purification and Water Treatment Market" released by TrendForce LED Research (LEDinside), we look forward to the market demand for UVC LED applications. In addition to the stable growth of the curing market, surface/air sterilization and purification, Static water sterilization and mobile water sterilization are the main growth kinetic energy in the future. It is estimated that the output value of the UV LED market will reach 991 million US dollars in 2023.

Due to the risk of mercury exposure, the implementation of the Minamata Convention has made UV LEDs much faster than traditional UV lamps. Because UVC LEDs do not contain mercury, are environmentally safe, and have the characteristics of quick start-up and high efficiency. In the future, their market development potential is very huge. More and more practitioners are committed to developing more application scenarios, among which Asia's “big three” "What kind of pieces are there in the board of the UVC LED in China, Japan and Korea?"

The beauty of the Koreans seems to extend to the field of UVC LEDs. Recently, a Korean LED manufacturer has set its sights on the disinfection, health and beauty of UVC LEDs. For the various functions of UVC LEDs, the company's person in charge said: "We will target the B2B market (cosmetics), for example, for needs. The beauty market for sterilization and cleaning will diversify profitability and product mix. Although the joint venture is currently targeting the Japanese market, the company plans to expand the market further globally.

Compared with the above two application scenarios, the flow water sterilization requires fast sterilization time, high technical requirements, and high requirements on product power. Applications in the domestic water purification market include water dispensers, sterilizing faucets, kitchen hot and cold water, and the like. Undoubtedly, mobile water treatment is a huge cake. In the commercial and industrial markets, the current global water treatment market is about 20 billion US dollars, making it the most promising target market for UV-C LEDs.

Faced with such demand in the water treatment market, many manufacturers are actively developing towards high-power UV-C LEDs and entering the mobile water module application market. Among them, Japanese manufacturers mainly focus on large-scale companies such as Asahi Kasei and Nikkiso, which focus on UVC LEDs, in flowing water treatment, research and development of new products, and seizes the market.

In this downward trend, the domestic UVC LED field started late, and the development is slightly behind, but there are already sensitive companies that have smelled the wind. For example, Hong Kong Uninhbo of China has cooperated with Asahi Kasei to create a mobile water. The sterilizing ultraviolet sterilizing faucet has the advantages of sterilization rate of 99.99%, 0.001 second instant start, mercury-free sterilization, no chemical residue, safety and environmental protection, etc., and most importantly, it opens up a direct drinking era. It will completely change people's drinking water concept, and then change lifestyle, as an important part of promoting domestic water disinfection. 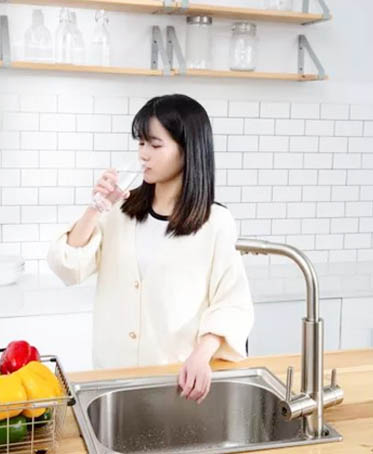 Some research reports predict that the market layout of UV-C LED manufacturers will be oriented towards the general consumer market and the high-end commercial/industrial market polarization, and the large-scale, high-dose, high-flow UV sterilization technology will be the future development trend. Unihbo is also working on secondary research and development to develop a more sterilizing module with a higher flow rate. It aims to open the domestic commercial water sterilization market and lay a map of mobile water sterilization that is fully covered by household, commercial and medical.

At present, the use and research and development of UVC LEDs in Japan and South Korea have entered a stage of stable development. However, due to various complicated factors such as market, concept and policy, it seems that the domestic market is still in its infancy, but it is gradually becoming clear and start to take actions. So what is the future market layout of UVC LEDs? What changes will happen in the domestic UVC LED market? Can we catch up with Japan, South Korea and the world? We are also waiting to see.